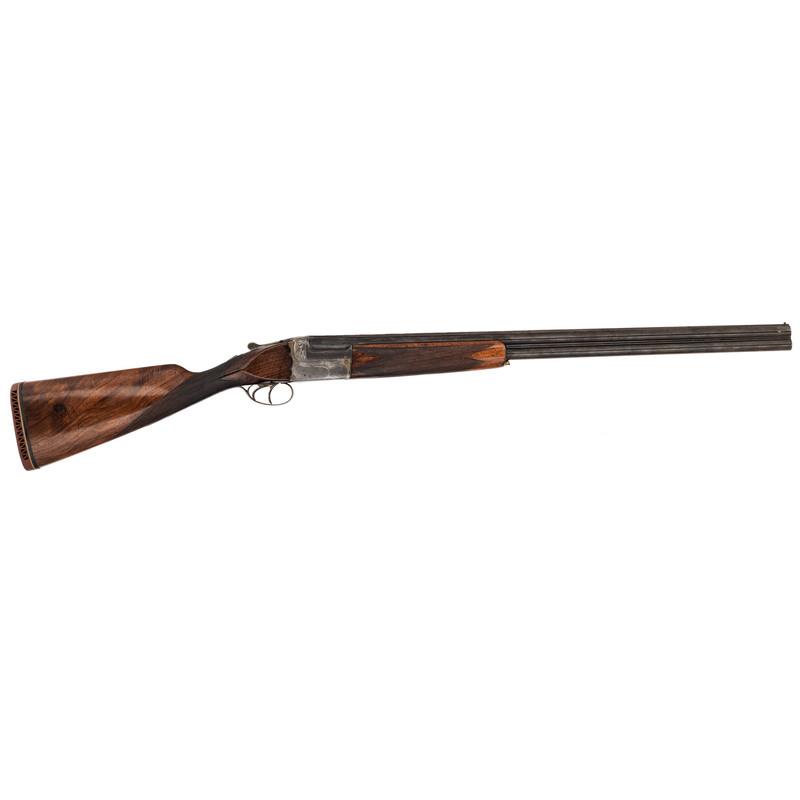 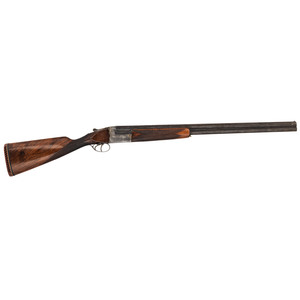 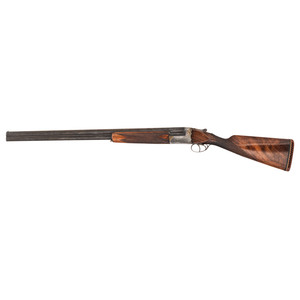 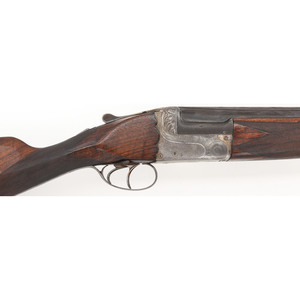 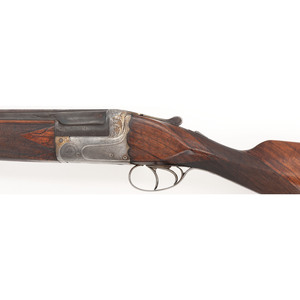 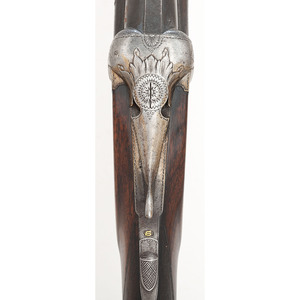 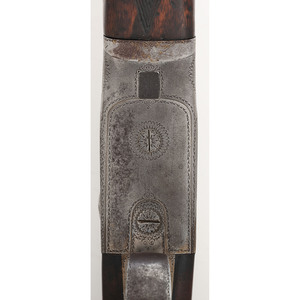 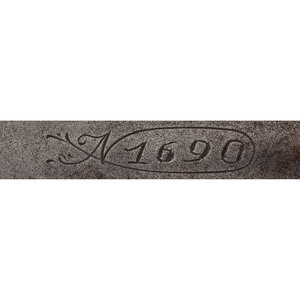 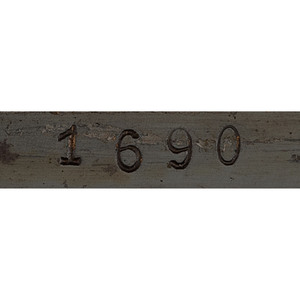 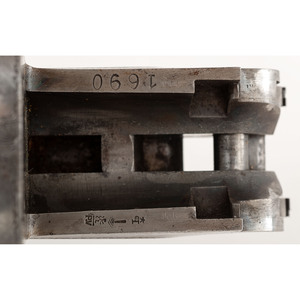 16 gauge. 28" barrel lengths. 14.5" length of pull. SN: 1690. Boxlock-action over/under shotgun with double triggers, separated barrels, solid rib, center lock, and brass beaded front sight. Blued metal finish to barrels and engraved boxlock, with a checkered straight-grip stock and forearm. Bores are both 16gauge modified bores. Features fine engravings of floral and script patterns to boxlock, fence, standing breech, top lever, hinge pin, and trigger guard. Stock is made of premium grade walnut and has what appears to be fine hand-cut checkering. Water table and both barrels are marked with standard Belgian proofs of the late 19th/early 20th century, along with barrel weights and choke size to each barrel. There is also an (Eagle head) proof marked to bottom of lower barrel which could be a maker's mark. Considering it is unmarked without a manufacturer name, this shotgun was most likely made by an independent Belgian gunmaker or gunmaker's guild.

Provenance:Property from the Collection of Noel and Kathryn Dickinson Wadsworth, Atlanta, Georgia. Noel and Kathy Wadsworth’s appreciation of American history was captured through their fine art, furniture and decorative arts collection. Noel and his late wife, Kathy, are among the original founders of the Auburn Fine Arts Museum, contributing the gallery that bears their name: The Noel and Kathryn Dickinson Wadsworth Gallery. A portion of their art collection was loaned to the museum and featured in the exhibition, Auburn Collects. The Wadsworth’s curated collection was also featured in Time magazine in the early 1980s. The couple met at Auburn University and were members of the first graduating class in June 1960. Following graduation, they moved to Dalton, Georgia, the epicenter of the American Carpet Industry, where Noel’s career and their family thrived. Philanthropic and community-minded, they eventually settled in Atlanta, Georgia and filled their Marietta home with a collection that spanned from the American Colonial period through Art Nouveau. An interest in American art grew after traveling to exhibitions, fairs and auctions in New York, New Orleans, London, and Paris. The couple collected mostly American fine art from the late 19th and early 20th century with a focus on Ashcan school artists. The Wadsworth’s, however, felt important European artists who were friends of the American artists represented in their collection were also needed to convey the full story of the period. The result became a lifelong decorative and fine art collection that reflects the eye of discerning collectors and will be offered through multiple auctions at Hindman this spring.

Good. Bores are frosty and show signs of mild use/oxidation. Most of blued finish remains in good condition. There is residue and minor scratches, dings to barrels, and some spots of surface oxidation. There is about a 2.5" crack extending from takedown release on to the forearm. There is residue/patina to boxlock finish. Some light scratches and nicks to wood stock and forearm overall.